2KX was a progressive rock band formed by Lisa LaRue as a spin-off of her Project 2K9.  The band recorded actively from 2010 through 2014. 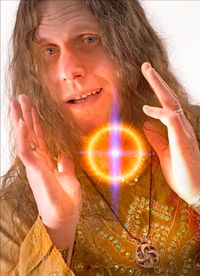 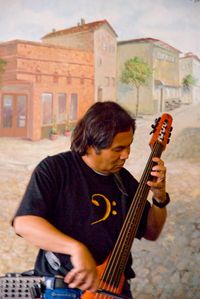 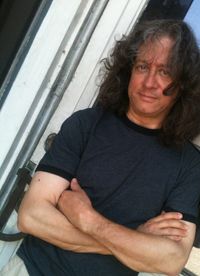 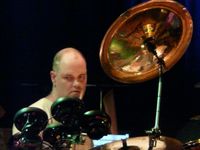 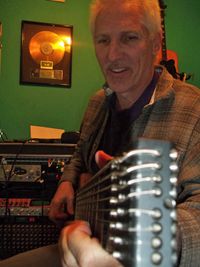 And our special guests .... 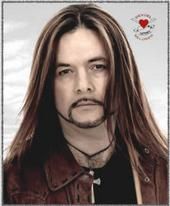 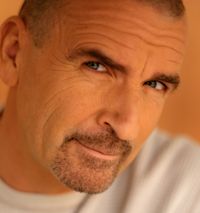 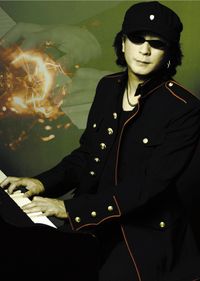 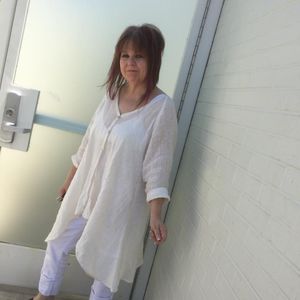 She began playing keyboards as a small child, her grandmother noticing she was playing "These Boots are Made for Walkin'" the Nancy Sinatra hit, on her toy Magnus Chord organ. Later sought out by shopping malls and department stores as a young girl, she started writing her own songs and designing her own 'album covers.' This led and inspired her for her future careers, which also include graphic design.

Not only a fan of progressive music such as Emerson, Lake and Palmer, Yes, Genesis, and others, the hometown boys Kansas played a big part in her influential years, as well.

Before setting out for a record contract, she collaborated with Gilli Smyth of "Gong" on a self-released 'tape' titled "Dreamscapes." "Dreamscapes" was released by the U.S.-arm of Voiceprint, and soon after, she began label shopping for a longer-lasting deal.

A composer and keyboardist, LaRue became the first female artist signed to the Sound of America Records label (SOAR) Natural Visions sublabel. Her debut release was titled "Beloved Tribal Women," produced by Will Alexander (keyboard tech to Keith Emerson, Herbie Hancock, and many other great keyboard players). The CD also received accolades for being a first in combining art with music. The CD booklet featured 14 paintings by the most awarded female Native American artist in the world, Joan Hill. The idea was, "A picture paints a thousand words," so naturally, the music was instrumental, letting the art inspire the listener. Since, she has released "Children's Songs in the Cherokee Language," "That Ol' Sofkee Spoon," "Ama," "Transformation 2012," "World Class" released as Lisa LaRue Project 2K9,  "Fast and Blue"  and “Sussuration” with 2KX, and “Sonic Landscapes” with Federico Fantacone. She has also appeared on recordings by others, including Oliver Wakeman Band guitarist, David Mark Pearce ("Strange Ang3ls" album), Head Transfer Process (Stargazer), and Esquire with Nikki Squire ("Stay Low").

As an author, she has contributed to or edited over 25 children’s and academic books on Native American history, and has authored several books of her own on Native history, alternative health, and a children’s book about Orangutans.

As a photographer, she has had a one-woman exhibit in Los Angeles, Muskogee, OK and Atlanta, GA. Her photo essay on Historic Sites in Los Angeles Associated with The Doors has received recognition from The Doors’ management team, and some of her photos featured in their App on the band’s history.

As a federally registered Native American (enrolled member of the Cherokee Nation of Oklahoma), she is a traditional double-wall basket maker, taught by Cherokee Nation Living Treasure Basket Maker Anna Sixkiller.  As a staff member of Cherokee Nation’s Cultural Resource Center and later Director of Language, History and Culture for the United Keetoowah Band of Cherokee Indians in Oklahoma, she has taught thousands of children over a 20+ year timespan, to make Cherokee baskets, cornhusk dolls, jewelry, as well as Cherokee language and culture.  She was the Director of the Keetoowah’s tribal museum, and an exhibit designer for the Cherokee Heritage Center. She has her work in both museums, as well as the collection of the Five Civilized Tribes Museum and in numerous Federal government collections.

She was born and raised in Topeka, Kansas by her maternal grandparents, and has returned home to enjoy all the things life has to offer after retiring from tribal service. She is a Resident Artist at Amused Gallery in NOTO, and her vintage fashion collection has been featured in several national magazines and worn by many celebrities in Los Angeles, Las Vegas and New York.She is married to singer/songwriter/producer and engineer John Baker, who is the lead vocalist for LA-based progressive rock band Forever Twelve. Visit John's website. 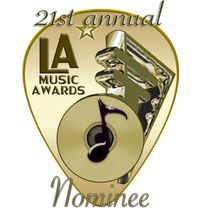 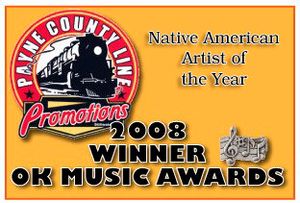